5 backing tracks that are perfect for guitar beginners 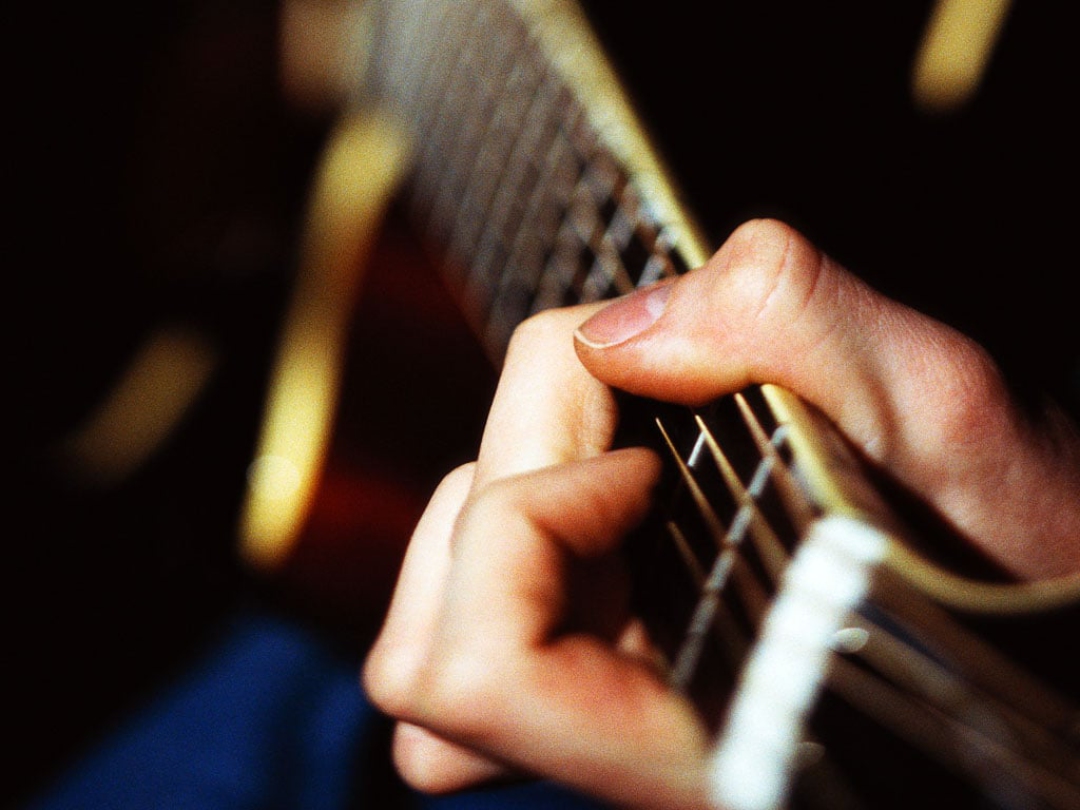 Want to become gold medalist at the Olympics category synchronized rope scraping? Whether it's just for the pure pleasure of playing an instrument, or some fireside accompaniment over a get-together with friends or simply for the sake of music, the guitar is probably one of the most popular and easy instruments to learn. So, what are you waiting for?

Our physico-acoustic preparers have selected 5 ideal Backing Tracks that are perfect for upping your game. These tracks offer the advantage of open chords, easier than chord bars that require more strength and dexterity (blocking all strings with just your index). Grab your guitar, launch Jamzone, select these titles and start playing!

House of the Rising Sun

Folk ballad of the 30s, nobody really knows who is at the origin of this well-known track that garnered noteriety thanks to Bob Dylan at the beginning of the 60s and then by the Animals (who put a more rock-ish spin on the song). There have been many versions, one of which includes the "French Elvis," Johnny Hallyday, a rendition that has become a classic in the history of contemporary music.

For What It’s Worth

Made famous by Buffalo Springfield, the first froup of Neil Young and Stephen Stills, before Stills, Nash & Young, "For What It's Worth" is a peaceful title from 1966 that was successful thanks to its protest message to the Vietnam War. With only four major chords to repeat at will and its easy pace, this track is perfect for beginner guitarists.

Bonus: an easy rhythm and a repeating structure

Composed by Kurt Cobain and the other members of Nirvana, this grunge hymn is the perfect way to work on the power chords and at the same time your rhythm, a necessity for all beginner guitarists!

Set the intro to the side for a moment as it may be a bit difficult for a beginner, but the rest of Johnny B. Goode is the perfect song to practice assimilating rock'n'roll chords.

Bonus: Once assimilated, this series of chords can be transposed anywhere. Want it to be a bit more blues? Slow down the tempo!

Smoke on the Water

Made famous by hard rock band Deep Purple, the riff of "Smoke On The Water" is considered a must in the learning of the guitar. It's simple - one or two fingers are enough to ring - effective and perfect take it to the next level!

Bonus: A simple song that never fails to have its effect!

With these five backing tracks for beginners, your guitar will no longer sit unused in a corner collecting dust. In just a few days time, you'll impress yourself (and others) by playing these five classics!

Want to try in just one click? Subscribe to our YouTube channel where we are constantly uploading Backing Tracks. Here's a look at "Smoke On The Water:"