Choosing the right outfit for your performance 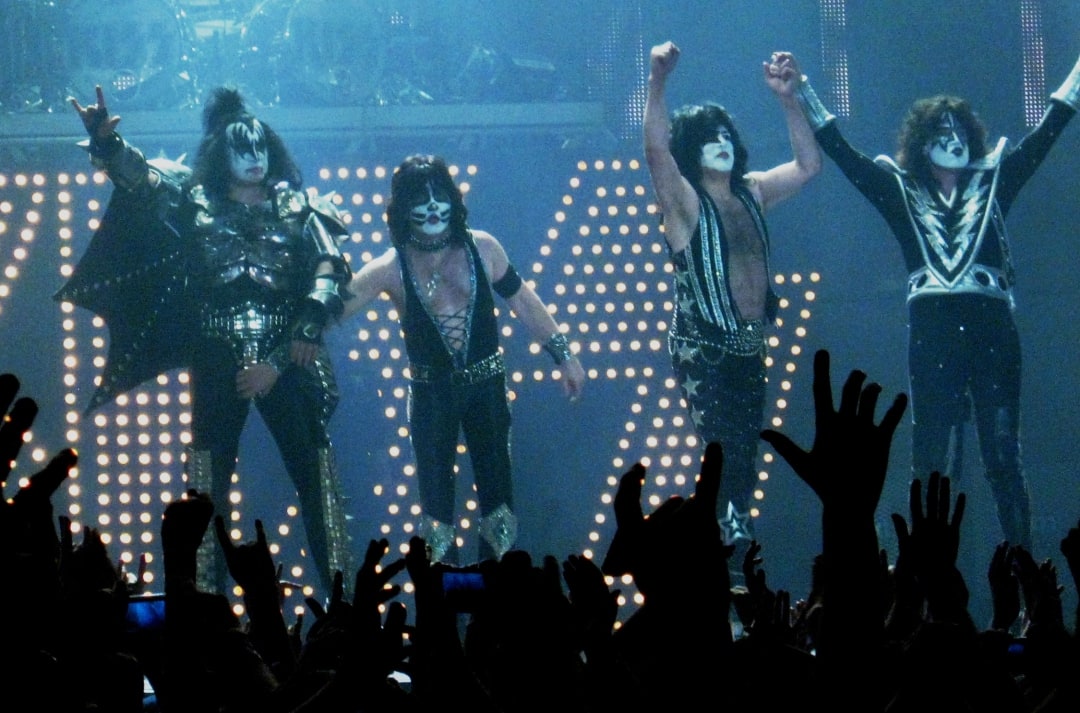 Too often neglected by amateur musicians, an on stage outfit is an essential component of any show. While it should never take precedence over the music, it’s that little extra something that can make any artist a real phenomenon. For any heavyweight musician, their on stage outfit has been selectively considered and chosen as a means of representing a brand. A yellow leather jacket and white pants are forever associated with Freddie Mercury as is MJ’s glitter glove and white socks for example.

Here are some tips for finding the outfit tailored for the showman in you and your style. But remember, whatever your choice, the key is to be comfortable and to rock it with flair!

The no-look look: an artistic approach?

Your stage outfit is not insignificant. The simple fact of opting for the no look - the most neutral clothing possible, like Radiohead, or a deliberate unkempt look - can be interpreted as an artistic approach or even a rebellion against superficiality. Take grunge in the 90s, for example, that developed as an alternative to the exuberance of hair-metal and tight leather jeans of the 80s. If you like this sobriety, you can also opt for a t-shirt with a message or even your group's logo.

Exuberance: eye-catching at all costs?

Never sacrifice comfort for look. A cape as long as a train, à la Liberace for example, or a gigantic fur collar that would outrage a PETA militant discouraged. Retaining free movement and being able to play without being hindered is of utmost importance. Recall the 2015 Brit Awards? Madonna took an unfortunate trip due to her oversized. Moreover, being dressed in brand name is of little importance if you’re facing the law of gravity! Second criterion for an exuberant look: self-esteem! While comfort is still important, how you see yourself is equally critical! So before donning a fox costume like Peter Gabriel or Elton John’s version of Donald Duck, make sure you can take the critique that might come with it.

It may be a good idea for a group to adopt a common look, as it creates uniformity and identity. Such a decision makes sense if your idea is to present the group as an indivisible entity that embrasses unity. There are many examples: Kraftwerk, Blue Man Group, Devo.

Opposites: the art of contrast?

Cast off stereotypes; doing the opposite of what is expected may just be the ticket. Take the Swedes from The Hives: their punk garage sound may evoke sweat, adrenaline and holey t-shirts, but their imagery is the total opposite with their monochrome costumes dressed to the nines that’s perfectly retro. Similarly and perhaps unsurprisingly, Angus Young of AC/DC, donning a schoolboy costume for boogie-rock, once admitted that his getup can be quite astonishing at first...

A powerful punch of color: the impact can be successful when done right by accenting it to your instruments or stage scenery. Take Jack White. Inspired by the De Stijl movement, he chose different colors for each of his projects and applied them to his outfits and accessories: red, white and black for the White Stripes, monotone blue for the Raconteurs, etc.

Hiding to show off

Some push the concept of individual desecration to the point of reducing it to a number (Slipknot), a concept (Ghost), a horror-type staging (Lordi, Gwar, Kiss) hiding behind masks and makeup. You can always opt for a more discreet, tribal or artistic-type makeup, as have the French group Hyphen Hyphen with the usage of Indian makeup, similar to the makeup of English artist Adam Ant (Indian makeup), Alice Cooper (black eyes) or David Bowie (lightning).

There are many examples and ideas to be gleaned from the iconic accessories associated with some of the stars of music, from The Beatles' chelsea boots to Pete Doherty's suspenders, Slash's top hat, Kurt Cobain's Converse, Buddy Holly’s glasses ...

And for lack of anything better, as a last option...

Lack of an outfit, in itself, is also an outfit: semi-nudity (with respect to morals) like Iggy Pop, shirtless half of the year or the Red Hot Chili Peppers with a well-positioned sock (not worn on foot!) can be the understated option.