Great performance, thorough practice: the pros of using backing tracks as a musician 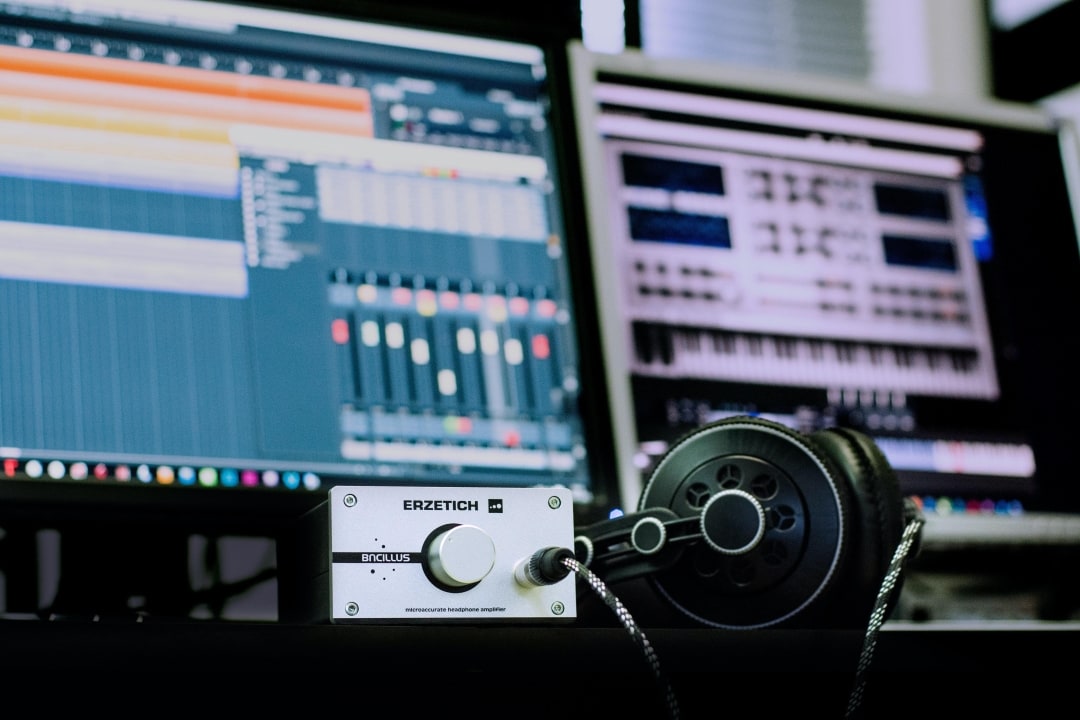 “Backing tracks? I would never use one on stage!” Many musicians, especially those who started their musical journey before the digital era, think that, in a true live performance, every single note must be played and sung in person. Adding pre-recorded voice or instrumental tracks to the performance is often seen as “cheating”, kind of like photoshopping your pictures too heavily.

Whatever your opinion on the matter, it’s undeniable that the advent of backing tracks has opened a wider range of creative possibilities for musicians and singers. This is true, especially for one-man bands, whose tools in the past were limited to just one instrument and one voice.

Are you thinking of starting a one-man band or have you already decided that’s the way to go? In that case, let’s see why backing tracks could make a difference in both your performance on stage and in your home practice. 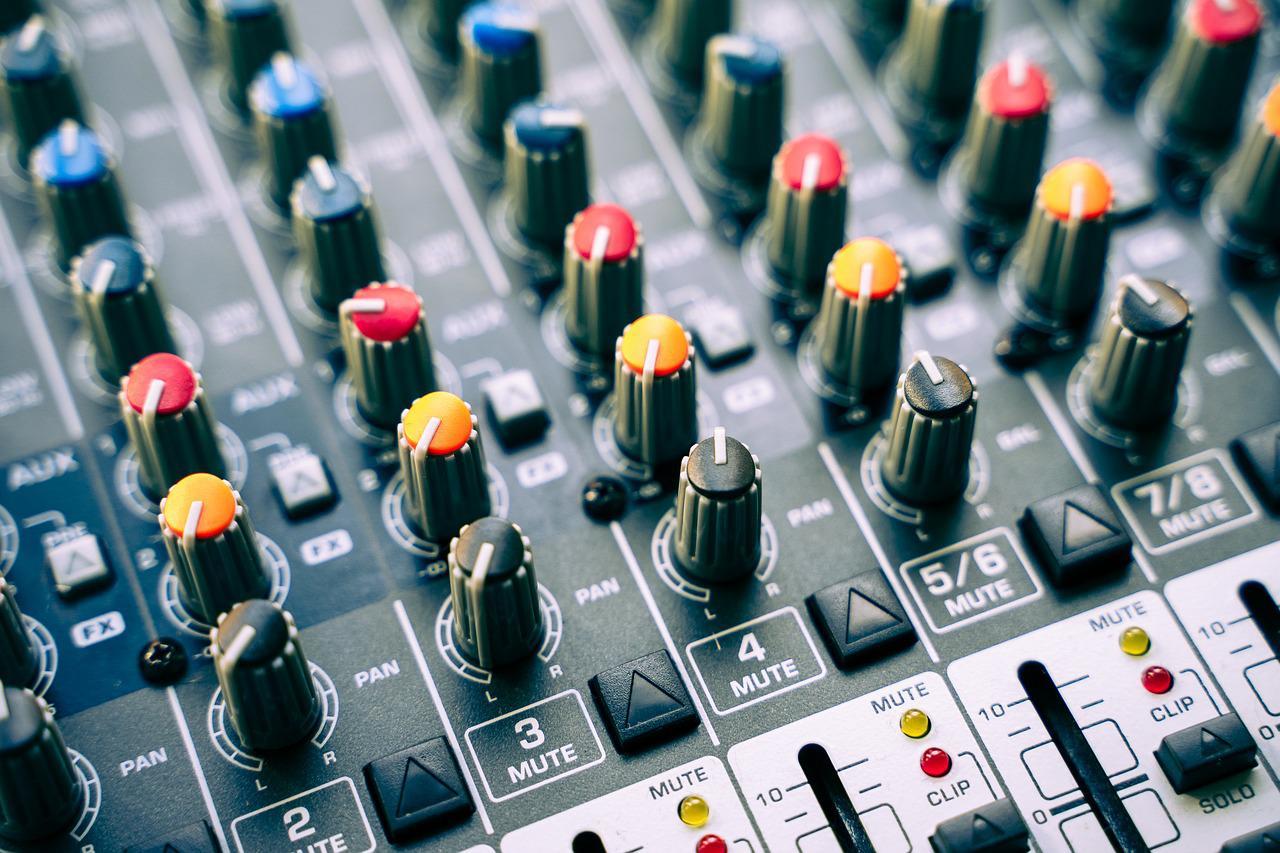 Let’s start from the roots. Also known as jam tracks, karaoke tracks, or performance tracks, backing tracks are audio recordings of instruments (synthesized or played) that basically give musicians the opportunity to have a musical accompaniment while playing.

Their use dates back to the 1980s when backing tracks were recorded on an audio tape which was then synced with the live performance. One of the first bands to openly employ pre-recorded tracks in their shows was the American rock band Timbuk 3. Their “boom-box” paved the way for computer-generated backing tracks to become popular in the Nineties, especially among electronic-based bands, propelled by the advent of digital sequencers combined with MIDI and synthesizers.

But it was the 2000s that marked the true revolution, thanks to portable computers and digital audio workstations. The options widened: CDs, DAT playbacks, MiniDiscs, and MP3 players, but also super professional standalone MIDI-and-audio playback devices (such as drum machines) onboarding sound packs and effects.

How to use backing tracks:
empowering a live performance 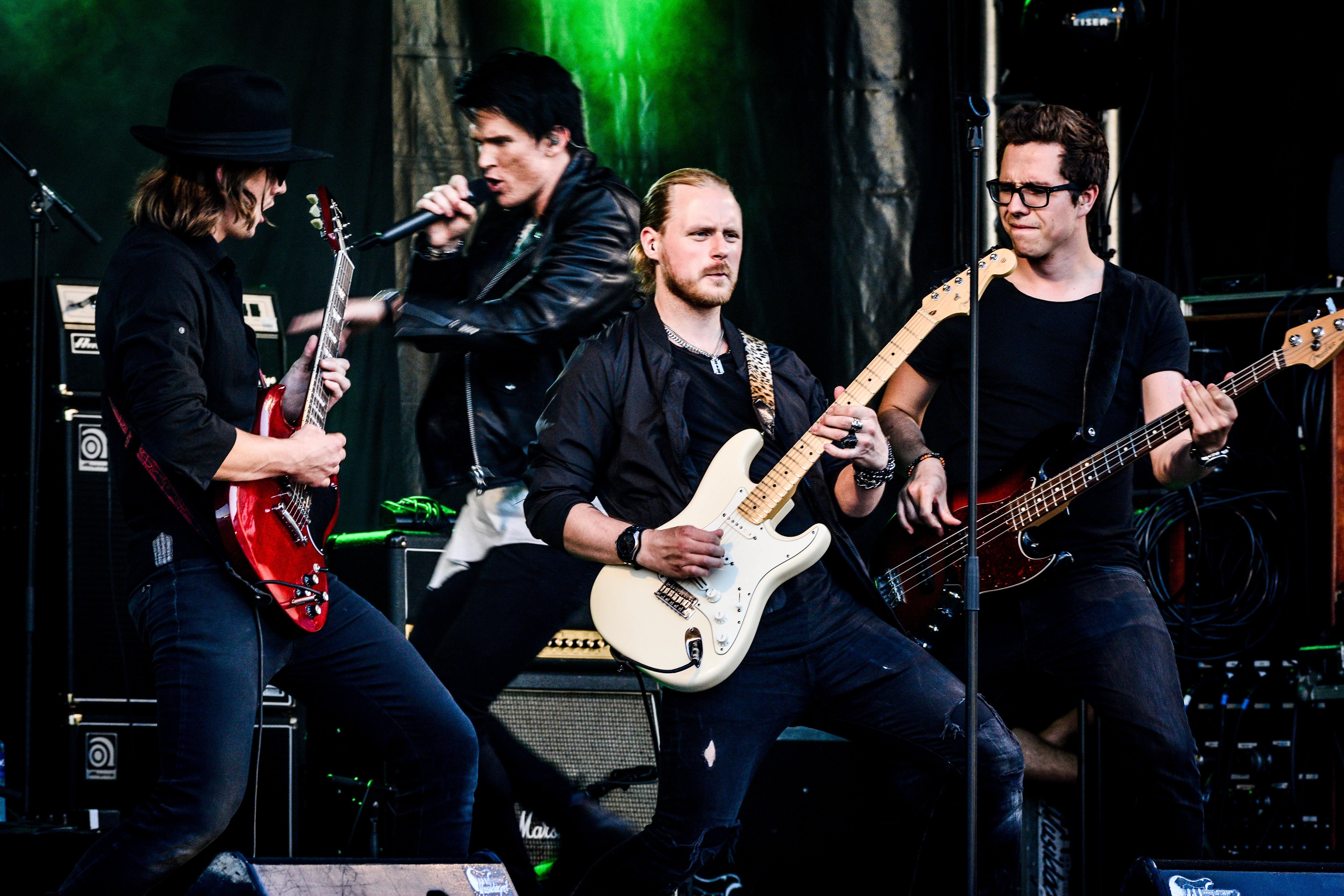 Many artists use backing tracks in their live performances, for various reasons. This is true, especially in TV shows, where to avoid technical issues, the band is often required to play on track while the vocals are live. On the other hand, when lead singers need to stick to a physically demanding dance choreography (think of Beyoncé or Britney, for instance) they tend to use vocal backing tracks while the musicians play live.

But the most common (and socially accepted) way to use backing tracks live is the incorporation of some additional instrumental sections in a traditional live performance. Every musician on stage is playing live, and the singers are singing live, but in order to deliver a more complete sound, some extra instrumentals, vocals, or effects are discreetly added on track.

If your goal is succeeding as a one-man band, this latter approach might be what makes a difference between a good performance and an exceptional one.

Instrumental tracks to fill up your sound

Let’s say your main instrument is the guitar. As a one-man band, your possibilities are endless. You could incorporate a pre-recorded bass track to bring some more texture to your sound on stage. You can add keyboard parts, electronic drum loops, string sections, and even some soft violin in the background: you name it.

The use of additional instrumental backing tracks in a live performance is quite common even among bands, which sometimes can’t afford to bring a live keyboardist or bass player on stage but still wish to keep their live sound as close as possible to their recorded album version.

Of course, for a solo performer, the risk of adding too many extra instrumental tracks to a live performance is sounding too “karaoke-y” and overall fake, so it is very important to find the right balance and not get carried away by the wonders of technology. To avoid the “overdoing effect”, try not to exaggerate the number of layers.

Remember: less is more (and too much autotune is always a bad idea).

When performing live, never underestimate the impact of a nice vocal harmonization: adding backing vocals to your one-man show brings more character to your final sound. Of course, if you are a solo performer, the only way to do that is to use backing tracks. You can record the vocals yourself, adding as many layers and harmonies as you see fit, regulating the volume in order to blend the different voices together, and even adding some light effects to make the choirs sound more natural.

The icing on the cake: the power of effects

In a live solo performance, effects can do wonders. Vocal loops, cymbal crashes, atmospheric sounds, and many other soft effects can be individually pre-recorded on pre-set multitracks and then played live to upgrade the quality of your one-man show. Try to believe it! 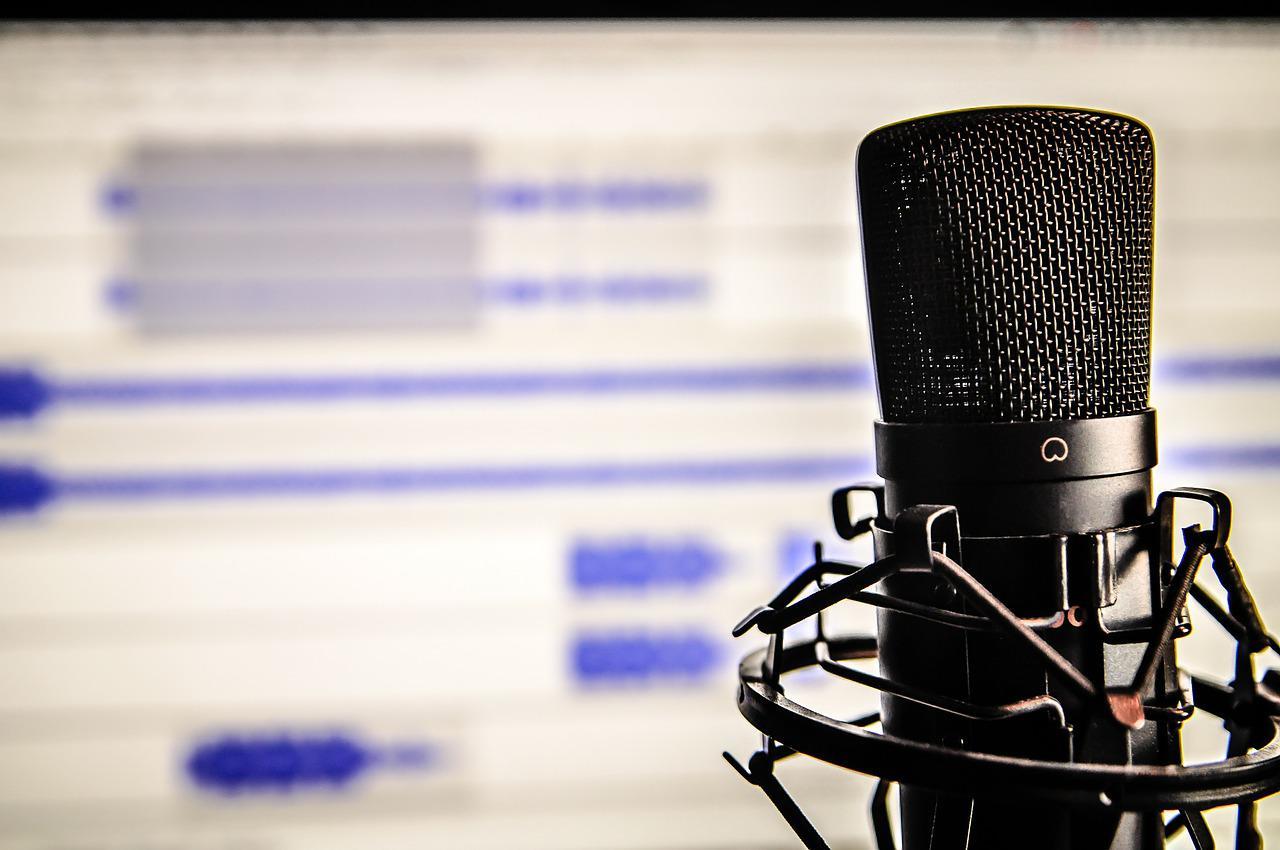 Leaving aside for a moment the debated use of backing tracks during a live music show, a lot can be said about the perks of tracks to help us in our individual practice.

Whether you’re in a one-man band or in a regular band, without constant and rigorous practice, you’re not going to get very far. Let’s see how different types of backing tracks could help you improve your rehearsing routine.

One of the most productive ways to learn your instrumental part while practicing by yourself is to use a recorded track of your specific instrument. Are you a drum player? Look for the individual drum track of the song want to practice and just play over it until every single detail of the part is stuck in your head.

Once you’ve learned, the next step you can take is to get the full band experience by playing along with backing tracks for your specific instrument. These can either be found as a pre-set mix, or you can combine stems from multiple instruments and vocal tracks to create it yourself.

The same can be done whenever you need to focus on your vocals. Whoever is used to singing and playing an instrument at the same time knows how important it is not to get confused while you’re performing. The solution is to be perfectly prepared on both your vocals and your instrument so that when the time of performing live comes, everything will come naturally.

Start by singing along to an individual track of the vocals you need to learn. Then, whenever you feel like you’ve got all the notes, the crescendos, and vocal modulations right, you can move on to stems and mute the lead vocals. If you know that on stage you will have to both sing and play, you can mute both the vocal and the instrumental parts.

Sure, you could always download or purchase a high-quality karaoke track, but multitracks backing tracks (stem-based) are much more flexible and more suited to the specific needs of a versatile and professional-oriented musician.

Where to get vocal and instrumental backing tracks? 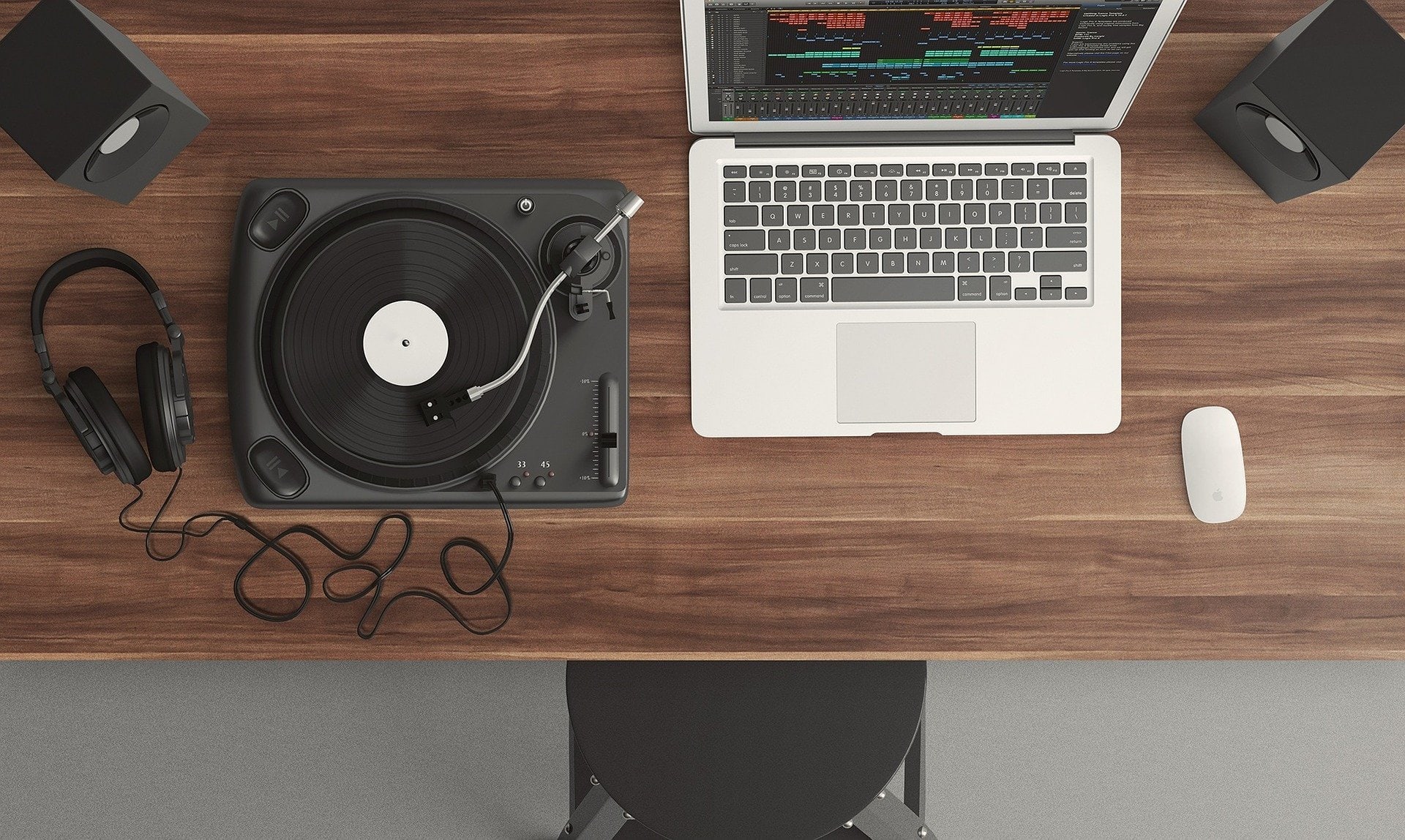 Instrumental and vocal backing recordings can still be found on tapes or CDs today. But let’s just jump straight to the easiest these days.

Of course the choice amongst these options will relate to your budget and what you are planning to do with these recordings. Youtube will offer a plethora of choices for free, but often with reduced audio quality and sometimes mistakes since these are created and shared by other users.

On the contrary, specialized professional services will ensure high-quality recordings and can include a legal license to use in online publications online or in public venues.

Finally, app services like Jamzone offer an easy-to-use “plug and play” solution to harness the power of backing tracks and more!